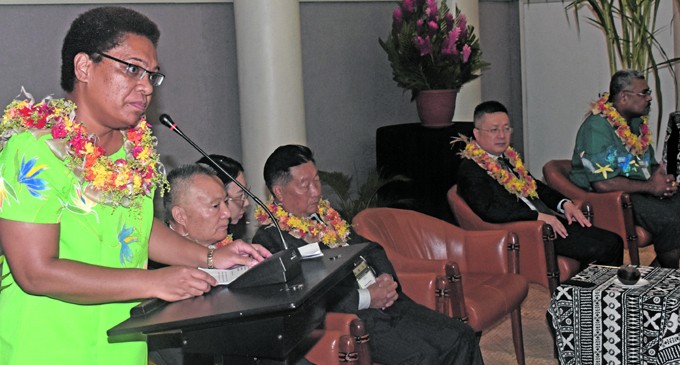 The farming of mushrooms is more suit­able for women as it entails less inten­sive labour and could provide for a con­sistent source of income.

These were the words of Minister for Wom­en, Children and Poverty Alleviation and acting Minister for Agriculture, Rural and Maritime Development, National Disaster Management and Meteorological Services Mereseini Vuniwaqa.

Ms Vuniwaqa made the comments while speaking at the Capacity Building Workshop on Juncao Technology at the Tanoa Interna­tional in Nadi on Monday.

She said the technology not only increased farmers livelihood in China but also could be applied in other countries.

Juncao Technology promotes cultivation of mushrooms and the growing of Juncao grass which can be used as a supplement for live­stock feed.

It was developed by Professor Lin Zhanxi, who was present at the workshop, of the Fu­jian Agricultural and Forestry University in the 1980s.

Ms Vuniwaqa said mushroom cultivation was a new concept in the Pacific region and not many people knew how to grow or use them.

“Consuming mushrooms has a lot of health benefits given their high nutritional value,” she said.

She said Government was grateful to Peo­ple’s Republic of China for establishing the Mushroom Training and Development Centre in Fiji.

She added a number of potential mushroom growers and extension officers had estab­lished demonstration sites around the coun­try.

“Many exhibitions have been set up to pro­mote cooking and consumption of mush­rooms around the country,” Ms Vuniwaqa said.

“The second phase of this project com­menced in December 2017.”