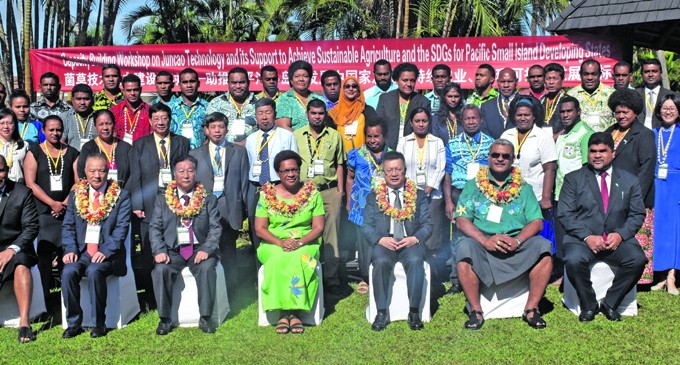 its own national conditions, says China’s ambassador to Fiji.

unwavering despite any the changes to international and regional landscapes.

“China’s development co-operation to Fiji is selfless and sincere without conditions,” Mr Bo

“It showcases the international responsibilities of China, as a major country and the sincere

aspiration to build a community with a shared future for mankind.

“The Juncao project is multi-functional. It can be applied in mushroom cultivation, livestock

forage in the dry season.”

To date, he said, the project has trained close to 1000 Fijian farmers and technicians.

“China’s foreign aid provides not only materials and infrastructure but also capacity building,”

the rice industry, and help it achieve self-sufficiency in production, ensure food security and

promote the mechanisation of agricultural production.

areas in the Pacific small island developing states, including Fiji,” he said.